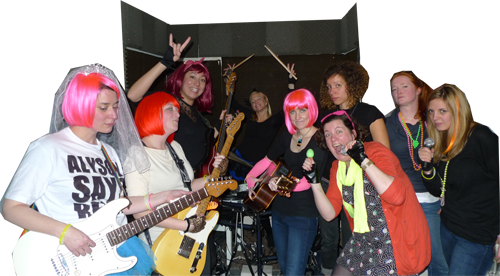 We had a real blast on Saturday recording tracks for Alyson’s Hen Party Experience here in the Royal Mile Studio.

The organiser of the party, Mei-Ling who came up from London for the event said afterwards, “We absolutely loved it. It was amazing!” The other eight girls who participated came from the Manchester area. 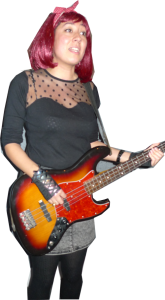 The songs the girls chose were I Think We’re Alone Now by Tiffany, which they sang as a group throughout.

And … Ice Ice Baby by Vanilla Ice in which the Hen Alyson sang the rap and  the group sang the backing vocals and chorus’s.

We wish Alyson all the best for the big day which takes place later on in February!