We have the BEST job here at the studio! In the past week we have had two amazing seperate studio experiences producing tracks for two very talented young ladies which blew us away. 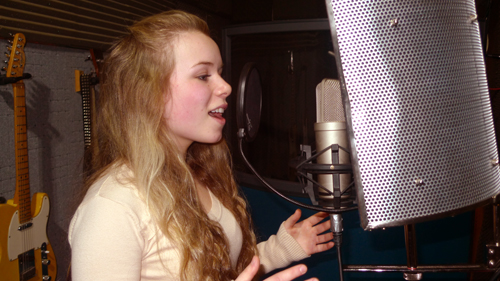 On Tuesday we had 17 year old  Eva Walker back in the studio for her second recording experience which was bought by her Dad Vincent. Eva impressed us the first time around but this time nerves weren’t an issue and she was much more focused on perfecting her performance of the Classical piece O Mio Babbino Caro

Eva also had a go at singing in a style she hadn’t tried before for the laid back Piano version of david Guetta’s Titanium which showed her voice off in a completely different light, equally as proficient and emotional as her Classical performances but proving she can pull off contemporary tracks too.

Have a listen to Eva’s version O Mio Babbino Caro and judge for yourselves. 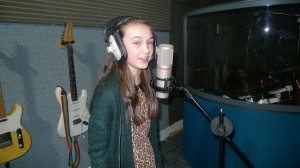 Also in the studio recently was 12 year old Laura Johnson who really enjoyed herself from the get go. She showed no sign of nerves and launched into a great version of her opening track Castle On The Cloud from the musical Les Miserables. Unusually for her age Laura loves singing songs from Musical Theatre despite being a great One Direction fan 🙂

She managed to record four tracks during her two hour session and sailed through the whole experience with confidence and an obvious ability which belied her years.