Jim Houten was delighted to receive a Recording Studio Gift Voucher for his 60th Birthday from his wife. 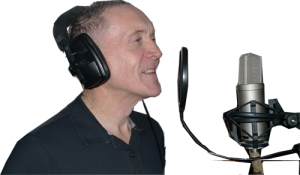 Jim was a little nervous when he arrived, but we know that’s perfectly natural and we did our best to put him at his ease. He had decided to record Unchained Melody by The Righteous Brothers. Jim was a little concerned that the song was a little to high in key for him and after changing the pitch down he tried that and decided in the end that the original key was actually fine for him in the end.

After a warm up in which Jim’s nerves quickly dissipated, he recorded a couple of passes of the song and we then chose the best bits from each take to make up the final vocal part. He realised he could sing one or two lines better so we worked on those until he had produced an overall take he was proud of.

Jim wrote in after his experience to express his feelings about the recording session. 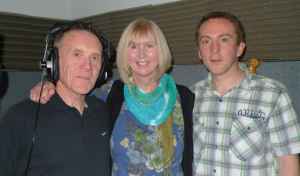 “I really enjoyed my singing experience it was something I’d always wanted to do. My wife bought a Taster for my 60th birthday last year it took me a year to decide what to sing! I went the day before the voucher expired and I’m so glad I didn’t let it lapse as it really was a fantastic experience. My son and wife watched me perform and the CD’s and photo CD was a real bonus. Thank you so much Iain and Kirsty for being so welcoming and making it a truly great experience which I want to do again…one day!”.