It’s was a fun filled party when young Jack and his all pals came to the studio for a pop party to record his chosen track Hall Of Fame by The Script.

Jack wanted to celebrate his 10th birthday with a recording studio experience to remember and as that’s our speciality his wish came true!

The lads decided to sing mainly as a group but once we convinced one of them to record a solo part quite a few came forward to have a go. The rap part if the song was the most challenging and birthday boys Mum, Karen – suggested they all did a line each. At this point the group descended into hilarious laughter at the soloists rapping performances.

The boys then posed for pics as the track was being mixed down and as you can see, they weren’t shy in the pop star posing department.

Karen said afterwards, “The boys all had a great time at the studio. A huge thanks to you both for a fabulous time on Sunday”. 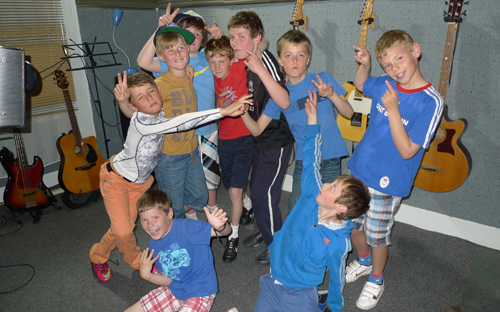