Lisa Laird and 12 of her good friends came though to Edinburgh to celebrate Lisa’s 30th birthday with a recording studio group experience.

The girls arrived in good spirits and immediately launched into their first song choice. Take It Easy by The Eagles. It was a straight ahead performance and the girls were in good voice.

As is normally the case they were very pleased by how good the recording was turning out. It’s always fun to witness the trepidation following a performance turn into relief and pleasant surprise when the track is being played back. Of course we employ our usual expertise to enhance a recording, but then again every recording artist uses the same tricks of the trade so our clients can are only taking advantage of the same recording methods any singer would benefit from in the studio.

So, we expected an easy second song. Never Forget by Take That. Another popular choice for hen parties over the past few years. But Lisa had ambitious plans for the song and each person had a line or two to sing solo in the track. We decided the easiest way forward was to record the group parts first so we recorded all the chorus’s before the solo singers went in to record their parts, followed by groups of two and three who had been allocated their various parts. 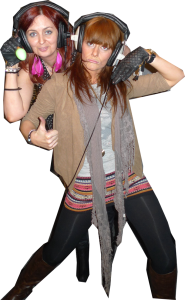 The girls were having loads of fun but they also took their parts fairly seriously and the end result was a jigsaw of parts which made up a pleasant whole in the resulting final mix…phew!! 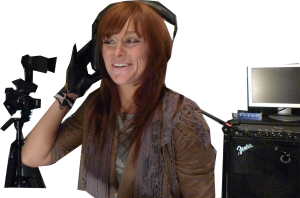 The girls left feeling well happy and satisfied with their studio debut. We loved the experience too and wondered with a smile how they would be feeling in the morning after a crazy night out on the town. Hope they brought the Nuerofen 🙂 Shortly after the event we received this email from Lisa “Heh Iain, We all had a ball 🙂 You and Kirsty were very welcoming and patient with all of us!!! – Thats me just starting to feel normal again after a 3 day drinking binge!!! hahaha!”.