Recently we have hosted and recorded lots of Hen and Stag parties here in the studio, amongst them were two rather unusual experiences. 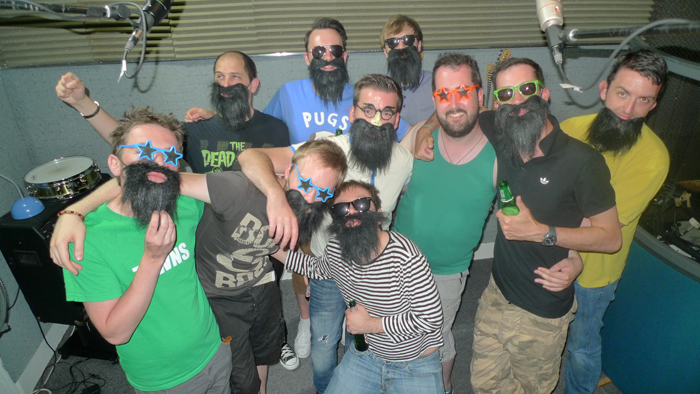 The first was a Stag party called Beardie & The Barlows from Accrington and area who decided to record a song from scratch, (as Benny the Stag was a rather good drummer, guitarist and vocalist). Usually we just record a group singing along to backing tracks and can do two songs in the allotted time but recording a whole track in two hours is quite ambitious… but we like a challenge so we jumped in to see what would happen!
In this case the song choice was Common People by Pulp and the guys laid down the backing track on Guitar, Bass & Drums along with a guide vocal. Then Benny sang the lead vocal followed by lead guitar. At this point the guys were queuing up to record more parts and an additional Keyboard part and Bass guitar were added the mix. Two Bass players on a record??? We were sceptical… but it worked rather well 🙂

After that there was just enough time for the whole crew to sing the chorus and the mix was put together in record time. Here’s a clip from the track which turned out great

The guys were delighted with their experience and Benny sent in this testimonial afterwards.

“Just wanted to say thanks again for an absolutely ace time on Saturday. You guys were massively friendly, helpful and knew what you were doing. All the lads had a great time (even the ones that weren’t musically talented). We can’t recommend you guys enough. Beardie and the Barlows.

On Saturday past we had the pleasure of recording Clare and her friends from Glasgow and surrounding area who went under the name Queen C & Her Oh So Solid Crew. 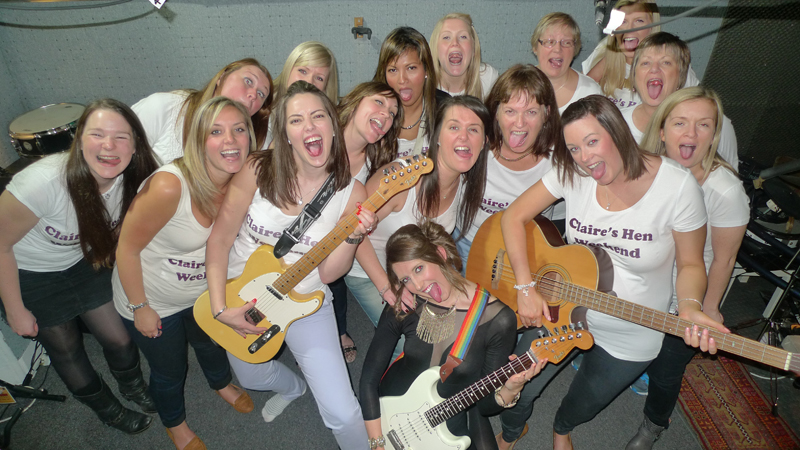 One of the songs they chose was American Boy by Estelle and Kanye West, but as Clare was about to marry her beau from Cambuslang, they changed the lyrics quite a bit and the title of the song to Cambuslang Boy.

Due to the rather complex vocal arrangement the girls had planned, we recorded the song in sections and the girls had a gas recording their parts. The resulting recording turned out really well we thought. Hope you agree…here’s a clip

The other song they did was Single Ladies by Beyonce which went down fairly quickly leaving us enough time to mix both songs so that the girls could leave with their CDs.